This brandy further enriches the famous taste and aroma of Stara Sokolova by longer ageing in seasoned oak barrels.

Speak with a real person who will go out of their way to help!

Distilled from ripe fruit, organic and unpolluted, crafted in traditional way and aged in oak barrel for 5 years. This plum brandy has many hidden secrets. The most beautiful is the love that grows between brandy and oak barrels. The greater the love, the better the brandy! Everyone has to believe in something. I believe I'll have another drink. 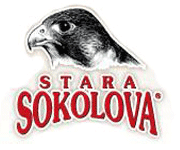 "The Old Falcons Brandy is crafted with many hidden secrets, the most beautiful of which is the love that grows between the brandy and its oak barrel.” Like other forms of love, this type is enriching. ”The longer the love lasts, the better the brandy becomes.“ Radisav Bogdanovic, the producer Bogdanovic Family from Western Serbia, South Eastern Europe has respectable tradition of producing plum brandy (Slivovitz) of premium quality.

Plum brandy, also known as slivovitz or šljivovica is a fruit brandy made out of plums. This liqueur is primarily produced in the Balkans area and neighbouring regions, enjoying its popularity across all the Slavic world. Nonetheless, while most popular in these regions, the popularity of the beverage is today widespread across the globe.  For instance, French plum brandy enjoys the worldwide renown as one of the greatest appetizers ever distilled. The old plum brandy, aged in the charred oak barrels, gain unique smoky flavour, colour and further enhance their distinctive scent. One of the hidden charms of this liquor is the fact that it can be served in a warm cocktail.  This helps it enhance the aromatic properties of the beverage and help you get the most out of the original fruit flavour.

There are no reviews yet. 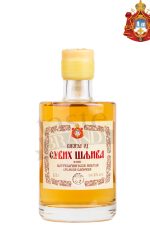 Brandy of Dried Plums from the Patriarchal basement

Brandy of Dried Plums from the Patriarchal basement 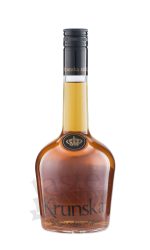 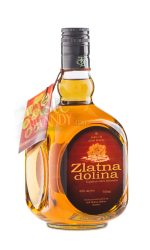 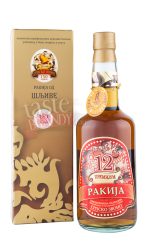